Ranbir Kapoor starrer Sanju lands in TROUBLE ahead of its release

Sanjay Dutt’s biopic ‘Sanju’ starring Ranbir Kapoor as Sanjay has been highly anticipated by the audience. After intriguing the audience with its emotional yet entertaining trailer, the film is all set to hit the theatres tomorrow.

While we all cannot hold our excitement for watching this film, Sanju has landed in trouble after a complaint was filed against actors Ranbir Kapoor and Anushka Sharma for allegedly making derogatory remarks against sex workers in the film.

News agency ANI reported the same by Tweeted, “A complaint has been filed against Ranbir Kapoor & Anushka Sharma for allegedly making derogatory remarks against sex workers in the upcoming movie ‘Sanju'”.

Later, another news agency PTI quizzed the NCW Chairperson Rekha Sharma about the complaint to which she stated, “We have received such a complaint and we are forwarding it to the Electronic Media Monitoring Centre to take necessary action”.

The report further reads, “The case has been filed against actors Ranbir Kapoor and Anushka Sharma for their sequence shown in the trailer of the film. The complaint has been filed by advocate and social activist Gaurav Gulati who has referred to two dialogues where Kapoor allegedly “demeans the status of sex workers in the society”.

Prior to this, an activist raised objection against the jail scene shown in the film. His complaint read, “In the trailer of the movie we have seen a scene that Sanjay Dutt was in such a barrack of a jail in which the toilet overflowed. As per the information available, the government and jail authorities are taking a very well care of all the barracks of the jails. We never heard any such incidents anywhere. Earlier as well many movies were released based on the gangsters wherein the jails were covered but never had seen such incidents (sic)”. 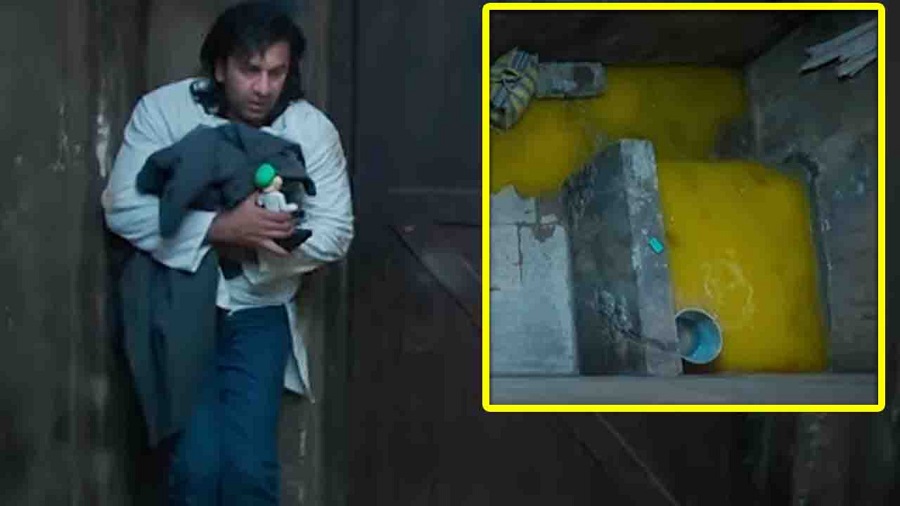 “This particular scene will make a bad impression about the jails and jails authorities of the Indians. If there is no action about the same by you then we are left with no option to approach the honourable court to put stay on the release of the movie (sic)”.