Posted on December 20, 2018 by DestinyKuri in Bollywood Buzz | 0 Comments

Sara Ali Khan is currently basking in the success of her recently released debut film, ‘Kedarnath’. The young diva has been receiving compliments from all across and her

On the other hand, the young actress is also gearing up for her second film, ‘Simmba’ where she will be seen opposite Ranveer Singh. The film is all set to hit the silver screens on December 28, 2018.

During our recent interview for the film, Sara revealed how proud she is that with her performance in ‘Kedarnath’ she was able to get her family together, even if it was for just 30 seconds. 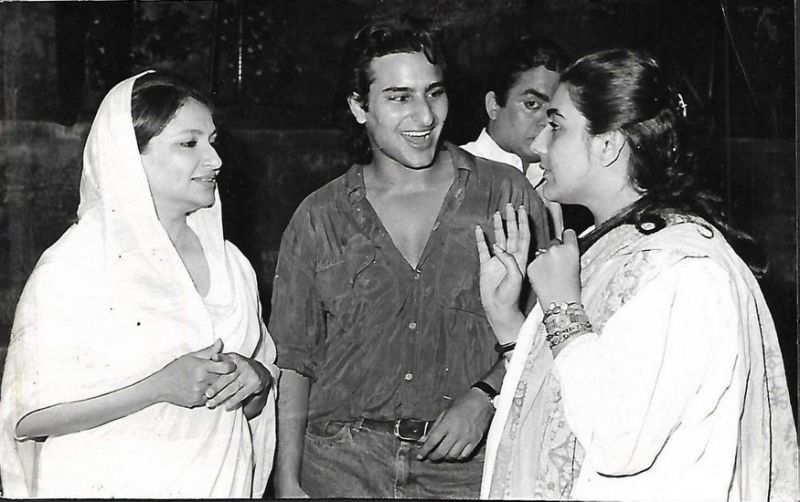 She further revealed that her mom, Amrita Singh and her Dadi (paternal grandmother), Sharmila Tagore, who do not share a great relationship (due to various reasons), spoke to each other after so many years. Her Dadi had messaged her mother, Amrita Singh, to congratulate her after Kedarnath’s release.

Sara shared, “Dadi is extremely proud. She is getting a lot of messages from people and she messaged mom which was a big one for me. I think Dadi messaging mom, after you know… life, that we have, that was really something.

That’s amazing. If as a character, you can bring audiences together and as an individual you can bring your family together for 30 seconds also, that’s something.”

Saif Ali Khan married Amrita Singh in 1991 and the couple together has two kids, daughter Sara Ali Khan, and son Ibrahim Ali Khan. In 2004, they officially got divorced.

After that, Saif got married to Kareena Kapoor and the two welcomed a baby boy on December 20, 2016, and have named Taimur Ali Khan.