Aditya Pancholi, who was accused of violence and rape before, has now been booked under the very serious charges of rape, extortion and criminal intimidation amongst many other things. The complainant, who is touted to be a top actress, claimed that she was sedated and abused many times between the years 2004 to 2009 and was blackmailed to force her to not go to the police.

Aditya Pancholi said that he would fight against these charges as they are false and would not take this matter seriously. Aditya had also lodged a defamation suit against Kangana and sister Rangoli Chandel for publicly maligning his image.

Aditya claimed that he is being falsely implicated. Police say that the investigation will be carried out in this matter but it would be difficult to gather evidence as it is a 10-year-old case.

Meanwhile, Rangoli Chandel, Kangana Ranaut‘s sister, has claimed that Aditya Pancholi extorted money up to Rs 1 crore from Kangana. The sisters were summoned by the cops under a defamation suit filed by Aditya. In her latest tweets, Rangoli Chandel has revealed that she had filed a physical abuse case in 2007. Kangana, who was struggling at the time and was homeless, took help from Pancholi. She later clarified that the support offered by Aditya Pancholi included her grocery bills. 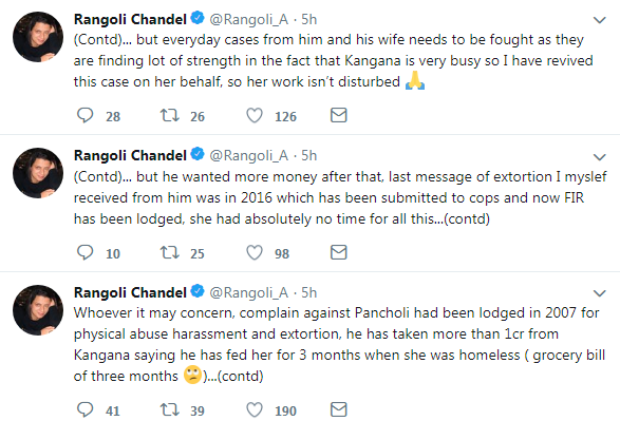 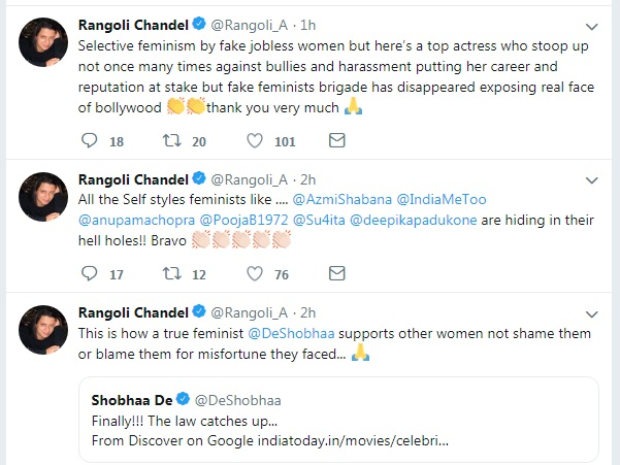