Posted on January 9, 2020 by DestinyKuri in Bollywood Buzz | 0 Comments

Salman Khan has been known to be very generous with gifts for his friends and colleagues. This time around, he has gifted a brand new car to his Dabangg 3 co-star Kichcha Sudeep. The actor may have faced off in the film but they are good friends in real life.

Kichcha Sudeep shared photos on Instagram as Salman Khan dropped a brand new BMW M5 which is worth a whopping Rs. 1.55 crores. The M5 boasts of a 4395 cc V8 Twin Turbo Petrol Engine accompanied by a host of other comforts and features. “Good always happens when u do good. @beingsalmankhan made me believe this line further with this surprise landing at home along with him. BMW M5 ????. Thank u for the luv u have showered on me n my family sir. It was an honour to have worked with u n to have had u vist us.” 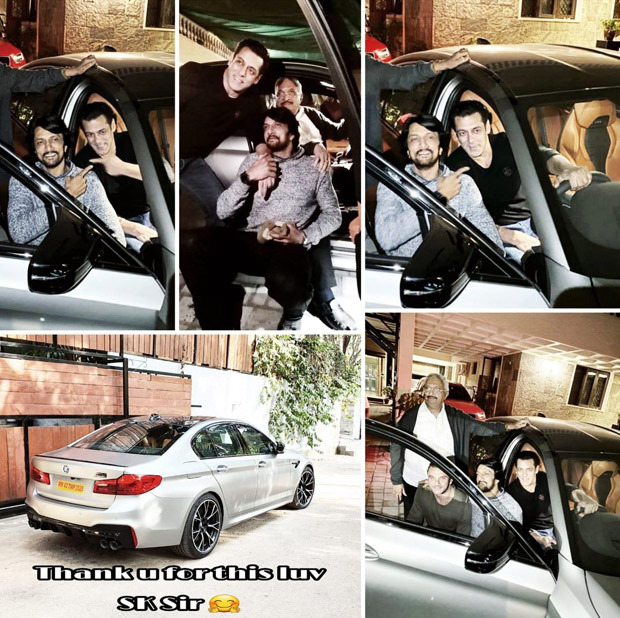